It's that time of year again: March Madness. You need to have drinks on tap, promotions ready to go, and as many televisions plugged in and turned on as possible.

Figuring out what promotions your bar or restaurant may want to push during this time can seem like a daunting task. Luckily, we're going to help you trim down the list of possibilities, by giving you some ideas for March Madness promotions! These six ideas can easily be implemented no matter what type of bar you service. 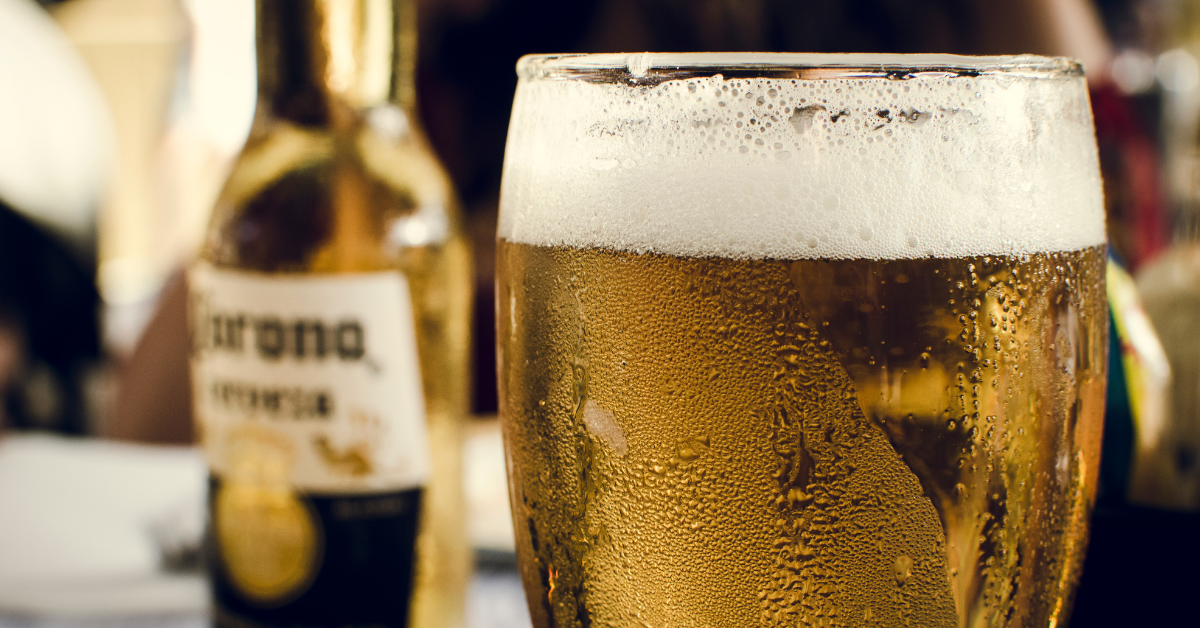 Bring on the Cheap Beer

First things first, you must realize March Madness beers are essential during this time. Sure, you can expect to pour shots and other mixed drinks, especially if your hometown team is down a little or just won, but beer is the thing you want to stock up on. Even though you just had promotions running for St. Patrick’s Day, you will probably need to restock and set up signs for cheap beer.

How cheap? Well, your goal is to pack people into your bar (as many as COVID restrictions will allow), so you can easily go for 50 cent or 1-dollar draft beers. Your incredibly cheap beer will bring fans and non-fans alike into the bar, and that is right where you want come game time.

People will come for their favorite cheap beers which will put you in the position to upsell. Maybe they want a burger to go with that Miller Lite or perhaps a fancy cocktail to continue the party. The cheap beer will put them in seats, and the games will keep them there. Just make sure you're choosing the right glassware, first.

What Goes with Cheap Beer? Wings

In addition to cheap beer, consider also running a promotion on moderately priced wings. The entire concept here is that you overlap the offers. Some people come to a bar or restaurant hungry, others come thirsty, and some are both. You can get wing-lovers into the bar for cheap wings and they’ll more than likely buy drinks, too.

If you get the right amount of people in the bar, your business will be booming because people will shift their attention to other food and beer. 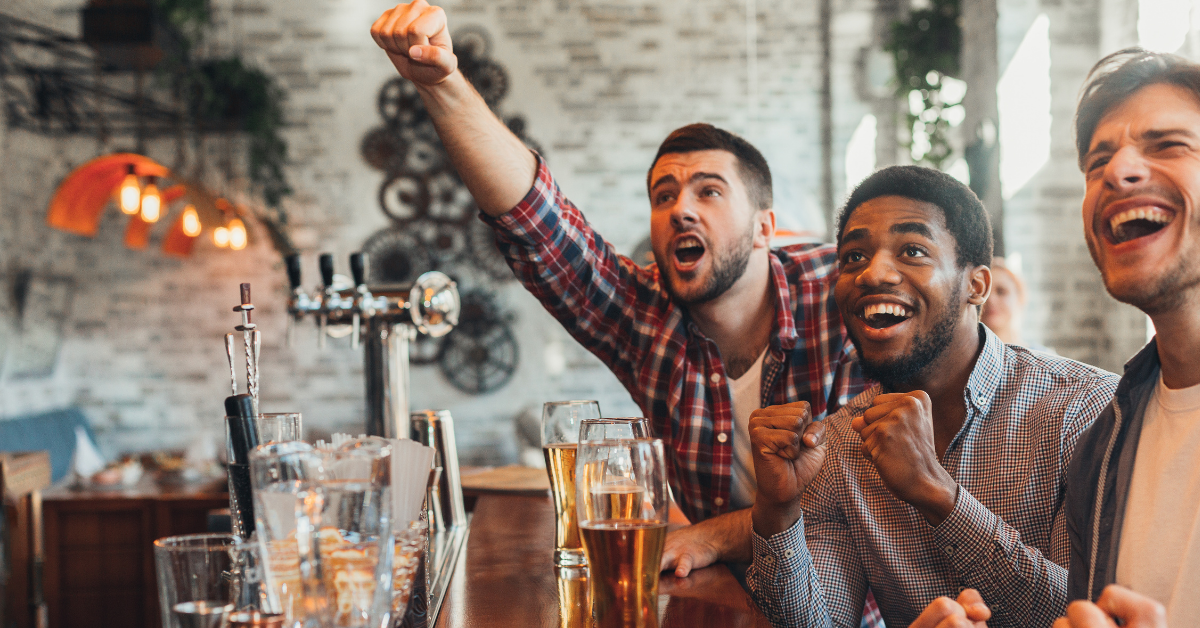 Get Beer to Represent the Schools

Another fantastic promotion to run during this time? Stock up on beers representing the schools that are playing. Generally, there are two ways to run this promotion: either get a beer that represents your local school in the competition or bring in a lot of beers that represent different schools and let people pick their favorite.

First, if you operate in a city or suburb of a city that has a school in the competition, then you should find a beer that encapsulates the school and offer it to your patrons. For example, the Demisemiseptcentennial-Ale (yes its really called that) was made by Villanova grads and is perfect if you’re in the area. Look for other locally-owned breweries to cheer on your town’s college team.

The other idea is to get beers to represent the different teams and offer low prices to patrons that wore their teams’ colors or jerseys. For example, you could have Notre Dame represented by Guinness and sell a pint for half the going rate.

Either of these ideas can help get people into your bar, but don’t ruin your profit margins by offering people outlandish deals on expensive beers. Always think about the bottom line!

You can create March Madness-themed cocktails and serve them to your patrons during this time of year as a fun special. Encourage your bartenders to get creative with their ideas. Custom cocktails do not have to be completely original. You can use famous drinks from any of the participating universities or just add a new twist on an old favorite to get your patrons’ attention and drive your sales. It can be as simple as renaming classic cocktail recipes–Manhattans become March Madness Manhattans! 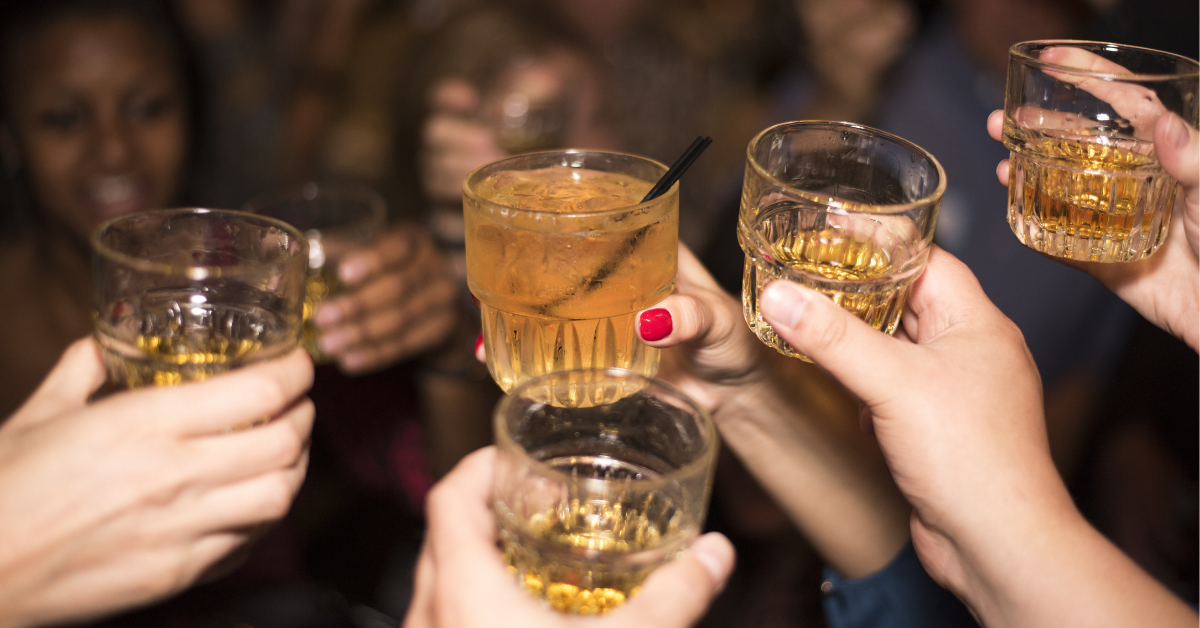 Since we’re in the habit of putting brackets up every night, it’ might be a good idea to add one for your drinks. This is ideal if your bar or restaurant has a large menu board you can use to put the bracket on. You can allow people to vote for their favorite product by buying it or voting for it in some other way. For example, some bars have used the number of tips people pay for a specific drink as the measure of the winner.

The basic idea would be to put drinks against each other and then allow the “winning” drink to be purchased for a lower amount. Because, let's be honest, everyone loves a good competition especially if there is some aspect of savings behind it. This could be a great way of drumming up sales while simultaneously compensating for the price reduction.

These is just one way you can set up a drink bracket, but no matter how you decide to do it, your patrons will go crazy for it!

Give Discounts to Those Who Spread the Word

You have to get the word out that your establishment is offering deals for March Madness. Your social media presence should be able to get some people in the door, but you need the crowd to get involved, too. Create a hashtag for the event and every time someone shares it, give them a discount on something from the bar.

You could make this a free beer or shot, or you could give them some free wings if they show that they posted something positive using the hashtag. This will bring more people to the bar and that can turn your establishment into the place to be for the duration of the tournament.

Getting your bar ready for this time of year means putting the right March Madness sales promotions in place. By using some of the ideas that we developed here, your bar or restaurant will quickly become the most popular on the block. Make sure you perform due diligence so you know you're setting the right price points for these promotion ideas and then throw open the doors to all of your customers!

Celebrating the Success of Women in Spirits

How to Create a Bar or Restaurant Marketing Plan

If you’re opening a new bar or restaurant, creating a marketing plan is more than a good idea—it’s basically a requireme...

In today’s food and beverage landscape, social media is simply no longer considered “optional.” After all— there’s a rea...

Chalkboard Inspiration for Your Bar or Restaurant

Ah, the unassuming bar and restaurant chalkboard. No one expects it to be the source of information, artistry AND laught...