Celebrating the Success of Women in Spirits

Almost all of us know incredible and impactful women, and the best of us find ways to celebrate them year-round. In honor of International Women’s Day, however, we wanted to especially celebrate some of the beverage industry’s most successful women, and highlight the indelible marks they have made on what often appears as a male-dominated world. Branding and marketing of spirits often attempt to pigeonhole drinkers into either burly, masculine tough guys, or dainty, calorie-counting women looking for a break from the kids. The abridged stories below, however, demonstrate that the beverage industry is being actively shaped and pushed forward by many diverse and dynamic women in all corners of the business.

This is by no means a comprehensive list of every important woman in the world of spirits but is instead a brief look into just a few titans of our great industry. Check out these glimpses into their stories, and be sure to raise a glass in honor of all of the amazing women in the beverage business and beyond. 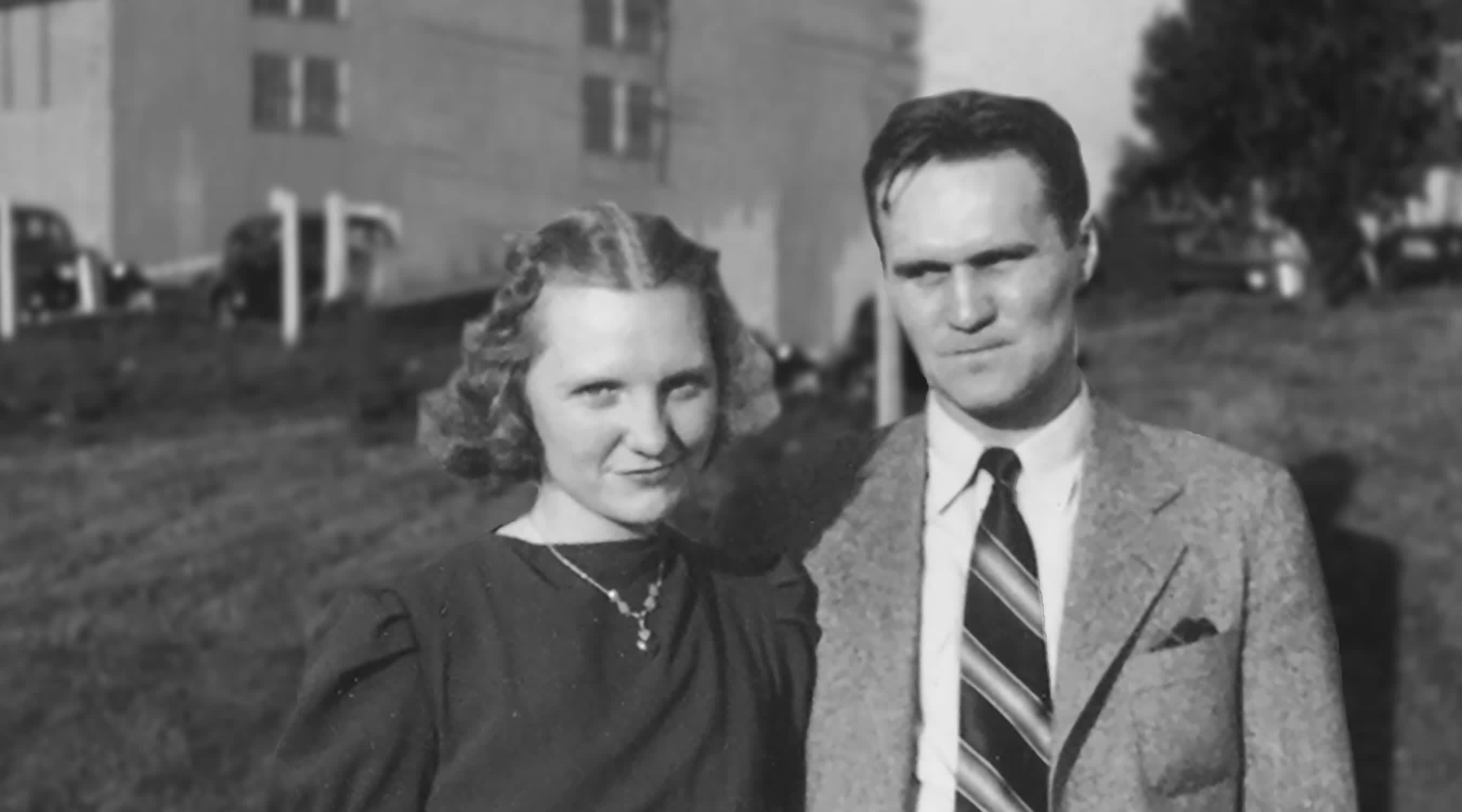 Margie Samuels was not only the first woman inducted into the Kentucky Bourbon Hall of Fame, but she was also the marketing guru behind Maker’s Mark’s distinctive bottle shape, iconic label design, and wax-dipped finish. Margie was inspired by her own elegant and vintage cognac bottles, and wanted to “bring good taste to tastes good.” Her husband Bill is credited with perfecting his family’s recipe for bourbon, but it was Margie’s idea to introduce wheat, rather than rye, to the distillation process. The story has it that Margie baked several kinds of bread using different kinds of wheat. In a blind tasting experiment, Bill chose the strain that is now definitive of Maker’s Mark’s mellowness and approachability. Bill may have been a driving force behind the beloved bourbon brand, but Margie is arguably responsible for catapulting it into the canon of American spirits.

Lesley Gracie is the kind of legendary woman we should all aspire to be like. Lesley was a chemist working in the pharmaceutical industry before joining William Grant & Sons, where she was eventually challenged to create an otherworldly, one-of-a-kind gin featuring rose and cucumber. Lesley rose (get it?) to the task, tinkered with the exact combinations and timing to incorporate rose and cucumber (fickle and delicate ingredients) into the distillation process, and gave the world Hendrick’s Gin. Hendrick’s is remarkable for its carefully crafted, botanical flavors, its apothecary-style bottle and label, and its unique distillation process. Lesley is a true innovator and scientist and is more than at home in the infamous Gin Palace on the west coast of Scotland. This maverick of mixology has combined her love of nature, the mysteries of botanicals, a deep knowledge of how ingredients interact on a molecular level, and an inextinguishable curiosity into every 500 liter batch of Hendrick’s. The resulting quality is easy to taste in every bottle.

It isn’t a secret that canned cocktails continue to trend. The pandemic may be providing more wind in the sails of ready-to-drink cocktails; even massive distillers like Crown Royal have thrown their hats in the ring in the attempt to gain the attention of imbibers who miss having their favorite drinks at the local bar. Meghan Hanna and Linda Cash were clearly on to something in 2019 when they launched Two Chicks Cocktails, the low-alcohol and beautifully branded canned cocktails. Meghan was the brains behind the popular drinks and met Linda, CEO, through a mutual friend. Linda brought business savvy and branding expertise to the table and was able to bring Meghan’s idea for an inclusive and connected brand to life through recipe development, eye-catching packaging, and ensuring the right people were on the team. The two have quickly become a powerhouse of a pair, and Two Chicks Cocktails is now distributed in 40 states. 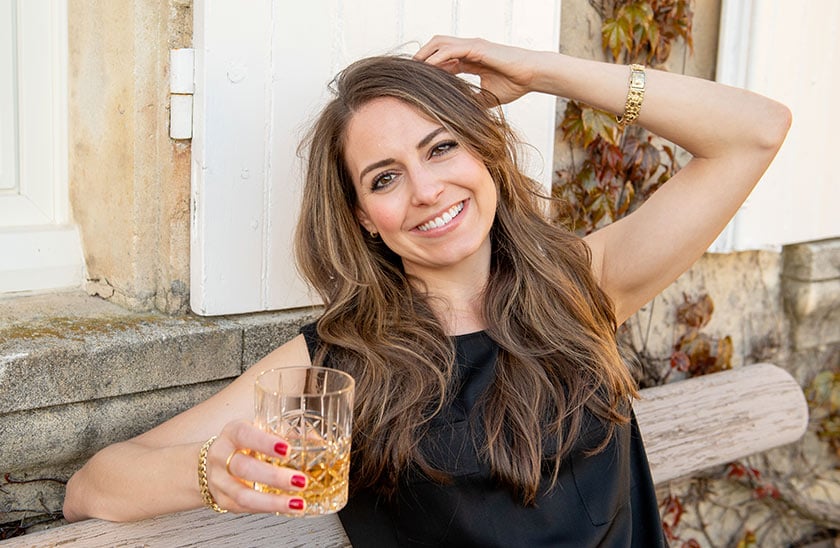 “French” and “whiskey” aren’t two terms typically connected. Allison Parc has changed that ever since she brought the world its first French single malt whiskey. Allison used her life savings to create Brenne Whisky, a “seed-to-spirit” liquor that is aged exclusively in both new French Limousin Oak barrels and Cognac casks. Allison got her start by delivering cases of her whiskey herself via Citi Bike in New York City, and now enjoys distribution in 50 states and at least two countries. The world of whiskey is often associated with manliness, but Allison disrupted that masculine-dominated world and was the first woman to receive the award for “World Whisky Brand Ambassador of the Year” by Whisky Magazine’s Icons of Whisky. Brenne Whisky is itself a disruptor in the sense that it tastes so unique; it is 100% organic, made in the Cognac region of France, and is distilled with proprietary yeast that is also used to make Cognac. Allison is living proof that barriers can be broken, in any industry.

May We Know Them, May We Be Them

International Women’s Day was invented at an International Conference of Working Women in Copenhagen in 1910. The fact that this day was born from a labor movement is particularly poignant when we think of these women who continue to work so hard to make room for themselves (and others like them) in the male-dominated beverage industry. Women are working at every level of the world of spirits to drive innovation, disrupt entrenched and unchanged methods, and further the business in ever-evolving ways. We encourage every imbiber to seek out the brands mentioned here, but also to continue to learn about and support the many incredible women in our industry and others. If you are a woman aspiring to get her start in the beverage industry, do your research and roll up your sleeves. There have always been impactful women in the business, and now is an especially bright time for women to shine.

A Bar Manager's Guide to Choosing the Right Glassware

How Local Distilleries are Coping in the Age of the Coronavirus

As you can imagine, Covid-19 has been extremely disruptive to the hospitality industry, which has, in turn, affected the...