In most American classrooms, students learn about Paul Revere’s midnight ride -- about his warning that the British were en-route to the Americas.

But according to author Wayne Curtis, Revere’s ride had a pit stop before he delivered his famous message. Revere dropped by the home of his close friend Isaac Hall -- his close friend who just so happened to own a great rum distillery. There, it is said that Revere knocked back a bumper or two before gaining the confidence to go on his way and warn his fellow Americans of the impending invasion.

This is a decidedly typical microcosm of American life in the 18th century. Around the year 1700, rum was the drink in Colonial America. 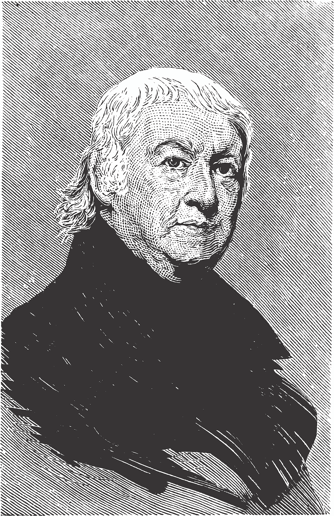 An illustration of Paul Revere lookin' all kinds of serious.

The reasons for this were many, but ease of access was chief among them. Rum was just too easy to produce -- it was basically the unavoidable runoff from nearby Caribbean sugar plantations. When Americans began to distill rum in New England, the spirit spread like wildfire. It became so widely available, in fact, that one estimate had Americans drinking 3.7 gallons per year, per person.

But in 1733, when tensions were already mounting, England passed the Molasses Act. The aim here was to tax molasses imports into the American Colonies -- effectively, it was a tax on rum.

The Americans knew what the British were doing -- there was no doubt that their beloved rum was the target of this new legislation. The Americans were miffed by the new law, and eventually resorted to large-scale smuggling operations. When the Molasses Act was signed into law, England estimated it would raise 25,000 Pounds of tax revenue per year. In 1735, the first full year of the tax’s existence, British officials had collected a whopping… 235 Pounds.

Americans were defying British Rule -- smuggling molasses into the colonies, and thus setting the tone for decades to come.

Eventually, England would wave the white flag on their battle against American rum production -- or at least, pretend to. In 1764, Britain passed the Sugar Act -- the tax on sugarcane products entering America was halved, but England encouraged the navy to use all its might against American and Caribbean smugglers. To George Washington and other colonial leaders, this was an act of aggression towards American Merchants. Accompanied by a lack of representation in British Parliament, the Sugar Act essentially kicked off the Revolutionary War. 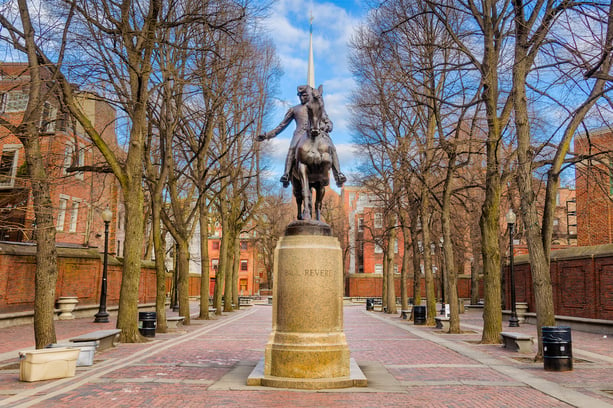 Today Revere is immortalized in stone, a landmark that is considered one of the most recognized landmarks in all of Boston

Through the war, America’s love for rum persisted. In fact, there may have been no larger champion of rum’s practical applications than George Washington himself. Aside from keeping all military hospitals stocked with rum (for medicinal purposes, of course), Washington held the strict belief that a cup of rum would mean the difference between a tired soldier, and one ready to fight for his country. In fact, George Washington once said of obtaining rum for his men: “I consider it therefor a duty to them as well as to my country”.

The commanders in Washington’s armies were fully (and unsurprisingly) on-board with Washington’s “Drink More Rum” strategy. On many occasions, Washington received letters from his Commanders, asking for their rum supplies to be increased. At one point, Washington even suggested the Commanders borrow some rum from townspeople and citizens in America:

“I am informed there is a quantity of Rum in the hands of some persons in the neighbourhood of the State. I wish you to try to procure this Rum by purchase or to be replaced in kind in a reasonable time as may be most convenient...if the Holders of it will not part with it in this way, our necessities are so great that You must take it.”

This by-any-means-necessary mentality would go on to defy British rule and win America its independence. George Washington would serve rum at his inauguration, and it would be seen as the spirit which propped up the American Revolution.

Eventually, as we all know, rum fell out of favor and whiskey came into vogue. This was an unfortunate side effect of the war and America’s new trade routes. But if we fast forward to 2018, perhaps it’s time to revisit our past rum-drinking ways.

According to the data, I’m not alone in that idea. Small batch, quality-focused rum makers have seen a swell in the past few years -- In 2017 alone, the high-end, craft rum market grew by 17.6% worldwide according to EuroMonitor. Gone are the days when rum was just something clear you mixed into your pineapple juice. But for the good stuff, you’ll need to look past Captain Morgan. 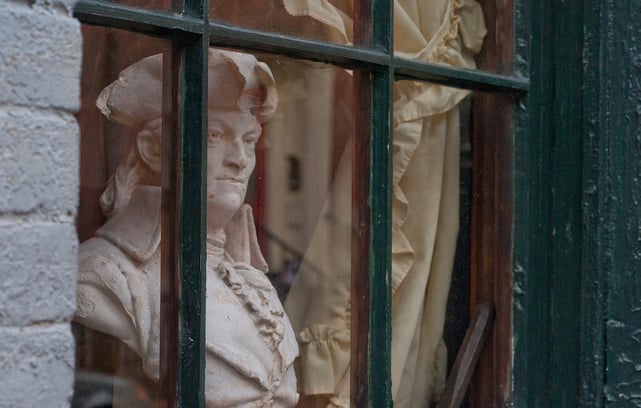 A statue of Revere looking ominously into a window.

Companies like Foursquare (from Barbados) make elegant, complex rums that can be sipped neat, stacking up to any Whiskey on the market. Appleton Estate offers several sippable Jamaican rums, and even Bacardi is now offering mature, cask-aged rums designed for drinking neat. Whether this new interest in rum stems from a sense of nostalgia, or simply the consumer’s ongoing need for something fresh, I say bring it on.

Japanese Whiskey is Running Dry: Here's What it Means for You

How to Navigate the Wide World of Rum