You already know the usual suspects of the wine world, including the South of France, Argentina, Italy, Spain, Portugal, Australia and the Napa Valley. It’s true: the world’s many diverse wine regions are already plentiful, but the world of wine is ever-changing.

Although traditional regions have taken millennia to perfect their wine-making, smaller areas are experiencing rapid growth within the industry and culture. Today we’re spotlighting some of the areas with a renewed or emerging focus in the wine game.

Alright—you got us. Georgia isn't exactly new to the winemaking game. Their ancient winemaking goes back at least 8,000 years; however, the historical precedence of Georgian winemaking isn’t the selling point for the region. Today, wine bars are seeking out the region’s signature orange-tinted wines. As an act of rebellion against wines that are now seen as ‘old news’ (Bordeaux, Napa), wine bars have been turning to Georgia. Locally, wine is made in massive clay pots and earthenware, giving it a distinct orange color. These orange wines have led to a massive increase in the region’s popularity, with Georgian wine imports to the US almost doubling in the past year.

The country currently produces about 500 individual varieties of grapes, so it may be a fool’s errand to attempt mastering Georgian wine entirely. But among white grapes, you can expect to find Mstvane, Kisi and Rkatsiteli varietals, and the king of Georgian reds is surely the Saperavi. Many grapes lend well to the orange style of wine and that’s what most people are seeking from Georgia. 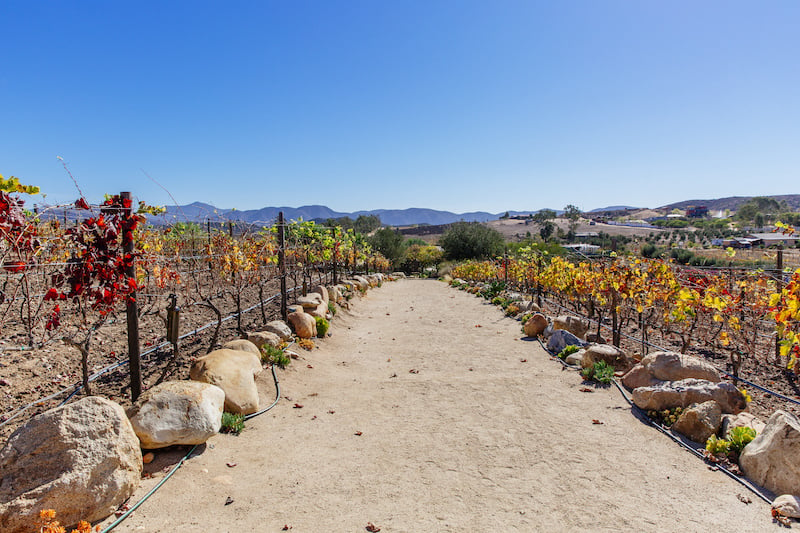 Even though it’s the land of tequila and mezcal, modern winemakers are starting to understand the wine-friendly conditions found just south of the US-Mexico border on the Baja Peninsula. More than 150 small wineries have popped up in the area, taking advantage of the arid climate that is surprisingly ideal for winemaking. Altogether, the Valle de Guadalupe on the Baja Peninsula produces about 90% of the country’s wine.

Around the world, most traditional wine regions have rules and customs which tightly govern production, but the Valle de Guadalupe is in a unique position to experiment and tinker freely, providing great results from the white grape Chenin Blanc and the red Tempranillo.

The climate of the region is similar to certain California regions: hot in the day, but very cool at night due to the surrounding mountain ranges. Some experts also say the Priorat region of Spain is quite similar to the Mexican winemaking area.

Just north of Washington State, the emerging Canadian region of the Okanagan Valley in BC is making an impression on global palates.

The long, skinny region is oriented on a north-south axis, allowing Pinot Noir and Riesling grapes to thrive in the North, while Merlot and Cabernet Sauvignon have been doing well in the hotter southern tip. Counterintuitively, the lack of rainfall in the area creates a better winemaking environment. The pristine grapes thrive from the area’s ancient history of volcanic and glacial activity. And despite the catastrophic impacts of global warming, the new summer warmth in the area promotes healthy Syrah and Cab ripenings.

In an ironic twist, one of the Okanagan Valley’s greatest fans is none other than Al Gore. Almost all of the region’s best wines are made possible through the warming summers.

English sparkling wine found its audience quicker than almost any other category of wine in recent years. Southern England has begun producing an incredibly deep profile of sparkling wines, in a model that is pointedly based on the Champagne region. This can be seen in the three varietals found coming from Southern England: Chardonnay, Pinot Noir and Pinot Meunier. In many ways, these wines replicate the late 70s and early 80s styles of Champagne.

The Sparkling Wine culture of England is still young, having  started in 2014. Former investment banker Ian Kellet saw an opportunity in the chalky soils, which closely mimic those in Champagne. The region’s colder-than-normal climate has also proven beneficial to the winemaking culture: winemakers don’t want excess sugar in the grapes when producing sparkling wine and hot weather is the #1 cause of increased sugars in winemaking grapes.

For all of this, though, the proof is in the pudding—English sparkling wines have continued to win blind tastings against wines from Champagne. In the coming years, we expect to see the South of England produce even more groundbreaking premium wines (sparkling and otherwise).

For centuries, India has been a beer-and-spirits kind of country. And despite its ancient tradition of winemaking, the country is still in its infancy as far as modern wine production goes. Today, you can expect to find two main winegrowing regions: Nashik, in the state of Maharashtra, near Mumbai; and Nandi Hills, in Karnataka, which is near Bangalore.

In 2008, though, Krsma Estates was established in the Hampi Hills, a hot and dry area which is not typically a wine region. Krsma Estates founder Krishna Prasad stumbled upon a farmer in the region growing wine grapes and much to his surprise, the soil was producing fantastic grapes.

Today, Krsma produces three wines per year. His Cabernet Sauvignon is his most successful offering, having been commended at several international competitions for its classic take on the fruit-forward varietal.

It was really the turn of the millennia that brought Dutch winemaking to the forefront.

Beer was always the more popular beverage of choice in the Netherlands, perhaps thanks to the cold climate limiting the wine production output, but believe it or not there is now a vineyard in every Dutch province! While the southern regions still product more traditional grapes by and large, it's thanks in part to new varieties of hearty grapes, and with a little (unfortunate) push from climate change, that Dutch winemakers are charging forward with popular white grapes like Johanniter, Souvigner Gris and Muscaris.

Brands like Betuws Wijndomein, Wijngaard Hof van Twente and Wijngaard St Martinus have been leading the charge in recent years, producing everything from whites and reds to rosés.

In just the past decade or so, winemaking has really taken off across Japan. With vineyards popping up from Hokkaido to Kyushu, it's the Yamanashi Prefecture that's fully embraced its role as Japan's leader for wine production, accounting for about of a third of the country's annual output.

Wine grew into Japanese culture when missionaries from Portugal brought bottles as gifts for feudal lords in the 16th century. Over time, the locals began to acquire a taste for it, but it wasn't until a few hundred years later that domestic production began to gain any sort of ground. Fast forward to the early 2000s, and a reduction of taxes on imported wine allowed interest to bloom anew, with a specific focus on domestically produced varieties.

How to Be a Better Bar Manager

In many ways, it shouldn’t come as a surprise that England’s southern vineyards are producing incredibly complex and del...