Today, people tend to equate gay bars as being places to party especially hard. They’re fun spots if you’re gay, straight, or anywhere in between. ‘Wild night out’ stories often include or end at the neighborhood gay bar.

It’s hard to overstate the importance of the gay bar within the LGBTQ+ rights movement over the past couple hundred years. These bars have served as (not always) safe places for the LGBTQ+ community to be together, to mingle, and to simply exist as their true selves. In honor of Pride Month, we wanted to highlight the historical significance of gay bars and their impact on equality for all. A history that begins a little more than 200 years ago.

Because of the need for intense secrecy, the very earliest history of the gay bar has been mostly lost. However, in 1810, we get our first recorded instance of a gay bar—under admittedly unfortunate circumstances. In London, a bar called the White Swan was raided under laws against sodomy. In total, 25 men were arrested, eight were convicted, and two were hanged (one of whom was 16 years old, while neither were even present at the White Swan on the night of the raid). Although it is nice to think of gay bars as unanimously safe places, where the LGBTQ+ community could exist without threat, that clearly wasn’t always the case.

Stateside, gay bars seem to have gotten their ‘start’ in the later part of the 1800s, with a New York City hotspot called “The Slide.” Unfortunately, police reports and mainstream media coverage of a gay bar in 1880 proved to be extremely unreliable and hyperbolic, fueled mostly by pearl-clutching and fear-mongering rather than actual information. We do know that it was quite the hotspot—packed nearly every night. Men mingled with one another, some openly arriving in drag, with the occasional woman or prostitute mixed in.

It’s important to note the general public’s reaction and perception to The Slide. The LGBTQ+ community was not allowed to exist in peace, in their own little bubble. Even behind closed doors, the patrons and bar itself were subject to bullying and ignorant criticism from outside forces. Joseph Pulitzer’s (yes, that Pulitzer) newspaper New York Evening would suggest, in regards to the Slide: “London, Paris or Berlin, with all their iniquity, have nothing to parallel this sink of vice and depravity.” Over the coming months, Pulitzer’s paper would continue its vendetta against the Slide, eventually publishing this nugget:

“Much has been written about the degradation, corruption, and wickedness in the slums of the city, but there the poor wretches shrink from notoriety, while the abandoned creatures in Stevenson’s “The Slide” make nightly a public exhibition of their evil doings. These beings, without moral sense or shame, are billed as the chief attraction in that pit of shame.”

The paper’s tirade against The Slide would win out, with the bar closing its doors permanently a few months later.

As anyone could have guessed, though, this was shortsighted, wildly arrogant, and hugely ineffective. The Slide was just a meeting place—the LGBTQ+ community wasn’t going anywhere, except perhaps to a different bar. Over the next several decades, gay and lesbian bars began to pop up all over the country, each one perhaps taking a cue from those before it. These establishments would generally open and close with rather short lifespans. Despite their often short-lived nature, these early gay bars often served as hugely important battlegrounds in the fight for LGBTQ+ rights.

In the 1950’s, San Francisco hotspot The Black Cat was making its name as one of the nation’s most popular gay bars. In response to this, the San Francisco Police Department began a campaign against the bar and its gay clientele. On the grounds of ‘maintaining a disorderly house,’ the police department revoked The Black Cat’s liquor license indefinitely. The owner of the Black Cat took the state to court, and the California Supreme Court ruled:

“in order to establish 'good cause' for suspension of plaintiff's license, something more must be shown than that many of his patrons were homosexuals and that they used his restaurant and bar as a meeting place.”

The Black Cat's Supreme Court win would serve as one of the earliest victories for the LGBTQ+ community in the United States.

Just 15 years after the California Supreme Court ruling, on the opposite coast, another battle was brewing in America's largest city. It would be hard to go through the history of the gay bar in America without mentioning Julius Bar in New York City. In 1966, the New York State Liquor Authority passed a law that prohibited serving alcoholic beverages to homosexuals. In response, the early LGBTQ+ rights group the Mattachine Society staged a ‘sip-in’ at Julius Bar to protest the discriminatory law. Just as it did in California, this state law was short lived, with courts eventually ruled that gays could ‘peacefully’ assemble at bars, which paved the way for the iconic Stonewall Inn to open in 1967.

The Stonewall Inn, taken September 1969. The sign in the window reads: "We homosexuals plead with our people to please help maintain peaceful and quiet conduct on the streets of the Village.—Mattachine."

The Stonewall Riots are often considered the most important event in LGBTQ+ rights in American history. After increasingly frequent raids on the Stonewall Inn, the LGBTQ+ community decided that they’d simply had enough. On June 28, police attempted to raid the Stonewall Inn once again, but quickly lost control of the situation. The result was two nights of rioting at the Inn and the surrounding street block, which led to national attention and the galvanization of LGBTQ+ people across the nation. 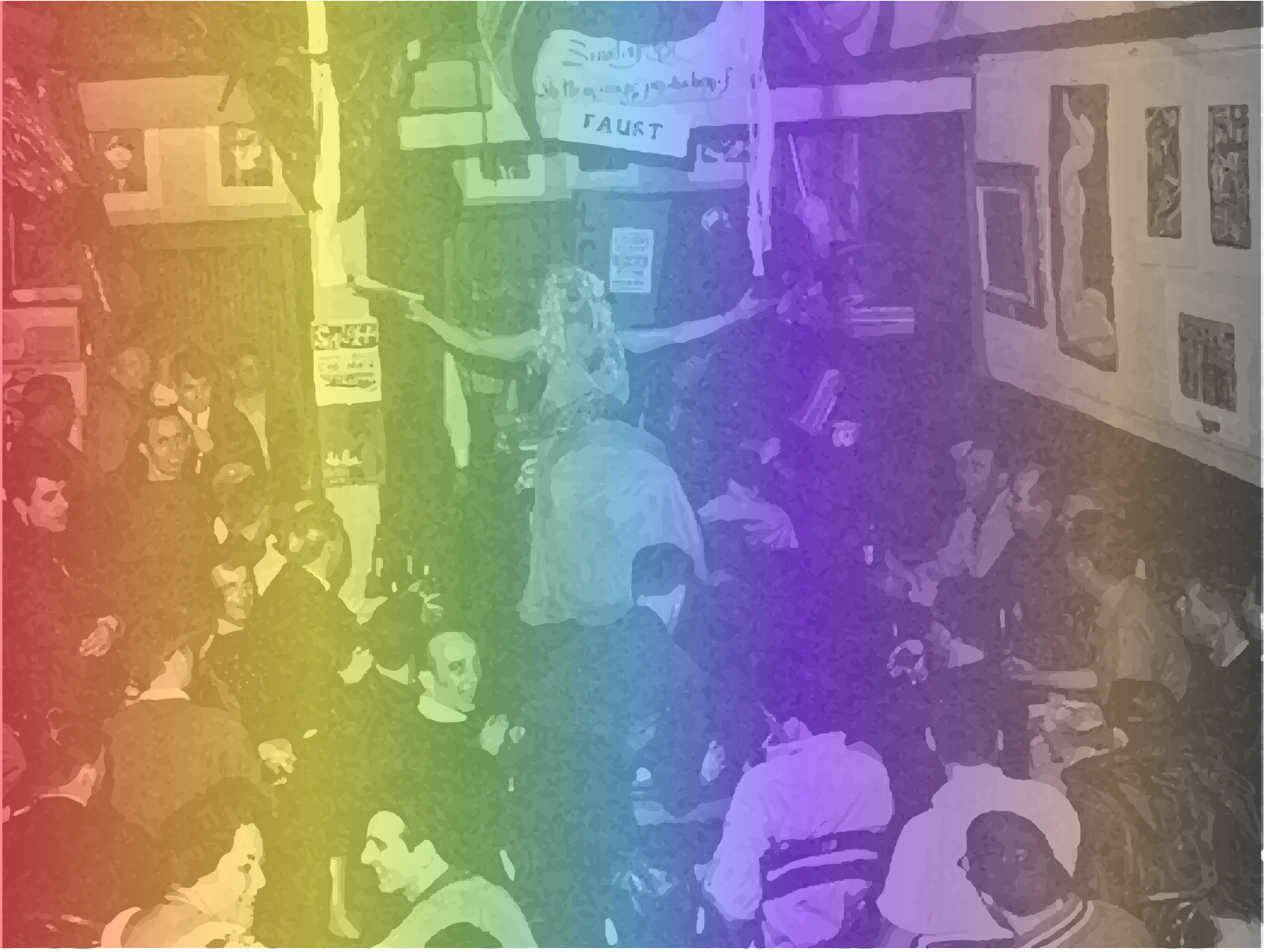 Just two years after the Stonewall Riots, gay rights groups existed in every major American city, as well as Canada, Australia and Europe. The Stonewall Riots can be seen as a divider of sorts, between the “BC” and “AD” periods of gay rights in America. It was the proverbial ‘shot heard round the world’ in the fight for LGBTQ+ rights. Historian Adam Nagourney perhaps put it best, stating:

“But that night, for the first time, the usual acquiescence turned into violent resistance...From that night the lives of millions of gay men and lesbians, and the attitude toward them of the larger culture in which they lived, began to change rapidly.”

In recent years, the role of gay bar has taken a more casual, fun place in our canon of nightlife, but that wasn’t always the case. Throughout history, gay bars have been flash points for huge moments in the process of LGBTQ+ liberation. They’ve served not just as a port in the societal storm, but as a jumping off place for huge leaps forward.

This month especially, it’s important to remember the significance of the gay bar as an American icon, as something defiant and revolutionary—in the most grassroots sense of the word.

Whether you are a member of the LGBTQ+ community, work at a gay bar, are an ally in the industry, or if you plan on celebrating this June, just remember the bars and people who helped make it all possible.