Anyone who has ever worked in the bar and restaurant industry knows that the job–front of house or back of house—is as much about soft skills as it is hard skills. Bartenders may know this better than anyone; it is just as important to be able to tactfully fend off the guy who has had a few too many as it is to know how to properly assemble a balanced old-fashioned. However, many newbies wrongfully assume that bartending is no more than knowing how to mix up a couple of popular drinks, chat up folks at the bar, and wiping down some glasses. In addition to this underestimation, there are some pretty glaring mistakes rookie bartenders make when they step behind the bar for their first few shifts. Here's what they are, and how to prevent them. 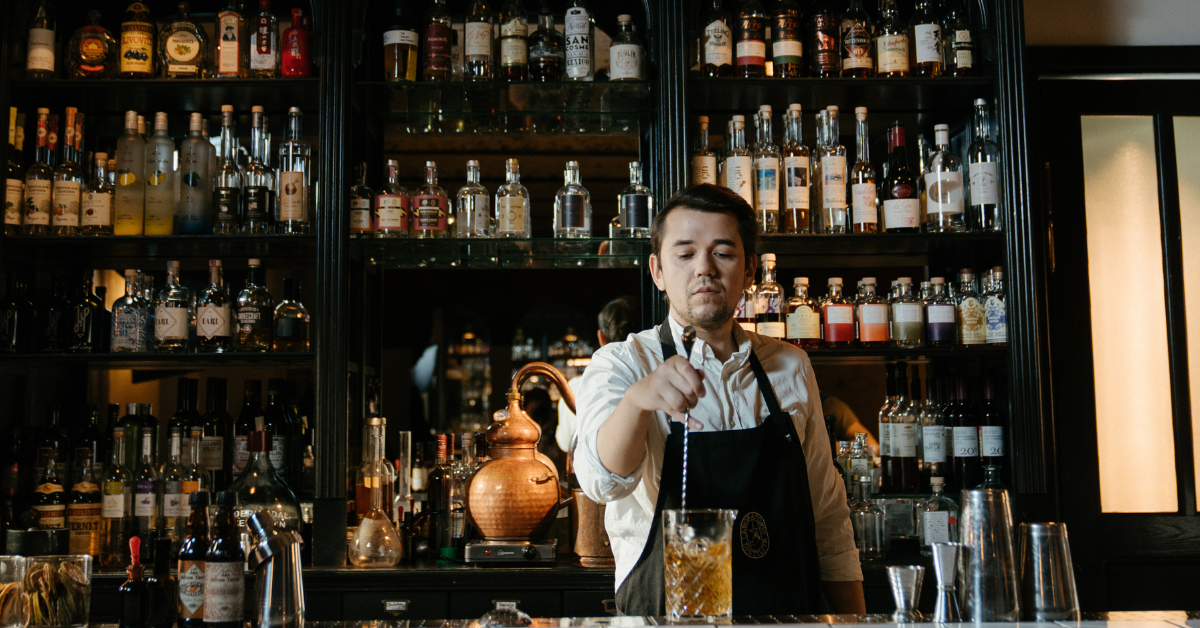 Having a Disorganized, Messy Station

Mise en place doesn’t just apply to the line in the kitchen. Keeping shakers, common tools like swizzlers and strainers, and often-poured bottles within easy and sensible reach is a must. The rookie bartender fails to anticipate these needs ahead of the busiest part of their shift, doesn’t put items back where they found them, and eventually falls victim to the ensuing chaos. Of course, it can take a few shifts before a new bartender learns how to anticipate the workflow they need to prepare for.

Maintaining cleanliness is just as vital as organization. Shakers, stirrers, dirty glasses, and the like need to be promptly removed and sanitized (and please, for the love of booze, do not stick your fingers in the glass when you grab it), not left out on the bar top while a cheeky conversation is being had with guests.

Using a Glass as an Ice Scoop

Deep in the weeds of a Saturday night shift, the rookie bartender will inevitably feel the desire to just use that pint glass to scoop out ice, instead of the actual ice scoop. However, the pros will know that this can cause hairline fractures in the glass that will, according to Murphy’s Law, cause the cup to explode in sharp, volatile shards at the most inopportune moment. Or, even more horrifying, the cup could break into a million pieces inside of the ice machine, in which case, the success of the entire shift (and possibly employment at the establishment) is in jeopardy. Rookies will do well to learn to use the ice scoop, every time. 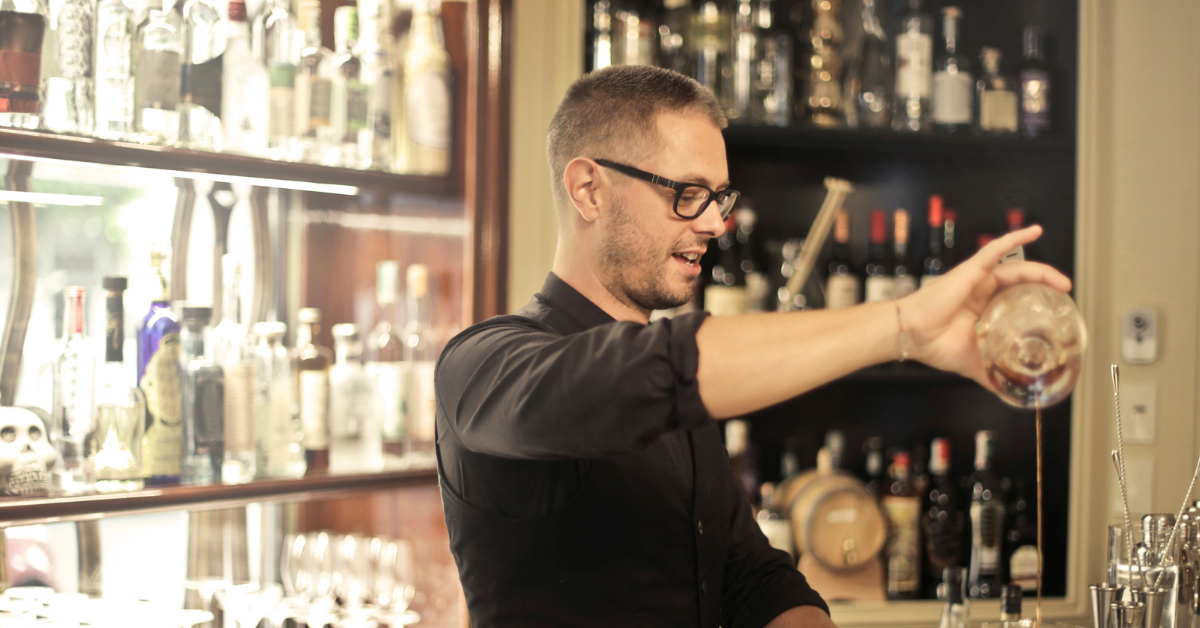 Every position in a bar or restaurant is like part of a highly-skilled ballet: working behind the bar, in the kitchen, on the floor, or even at the hostess stand requires coordination with the whole team to pull off a smooth and enjoyable experience for patrons. A rookie bartender will fail to give the barback or dishwasher a heads up when glasses are low, when fresh towels are needed, or more limes need to be cut. There is no space behind the bar to keep crucial info in a silo, nor is there room to mince words. Rookies should learn how to be clear, concise, and quick in their communication with coworkers so every person can do their job well.

Every rookie bartender should adopt the mantra “slow is smooth, smooth is fast.” Spilling liquor, over-pouring and ruining a drink, breaking a glass, or slicing a finger aren’t only embarrassing consequences of trying to do too much, too fast, they’ll also eat up a bartender’s valuable time during a busy night. Pros know to focus on the task at hand, and to perfect execution before they move on to increasing speed. 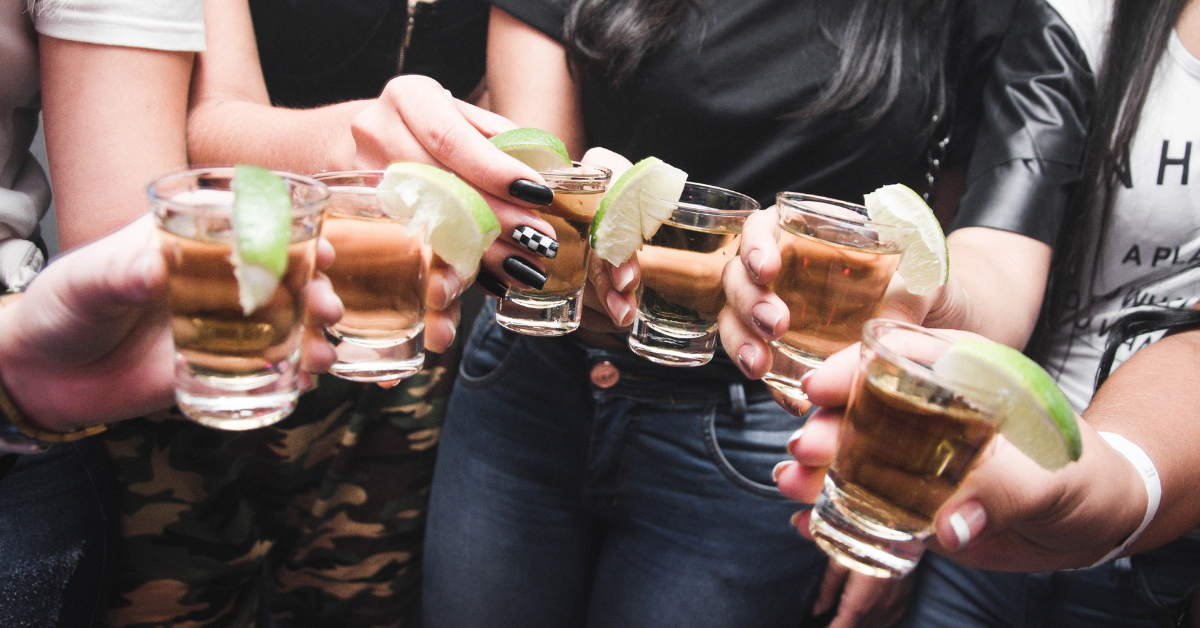 Bartenders are often prolific drinkers and can hold liquor better than a Viking. Still, a rookie will find themselves indulging in every shot the bachelor party wants them to take with them, and will soon find themselves unable to recall whether it was the woman with the green eyeshadow or the guy with the Yankees hat at the end of the bar that wanted a Jack and Coke—or was it a rum and Coke? A love of booze and drinking culture may draw a rookie into a career of bartending, but they will learn to taper down and pour lightly when it comes to taking shots with their patrons.

Messing Up the Art of Beer

This might be one of the most common, and easiest to spot, rookie mistakes: not knowing how to change a keg or pour a proper beer. Starting a shift covered in beer, and reeking for the rest of the shift, is nobody’s idea of a good day at work. Even worse, mishandling the pour and serving an overly-foamy beer is almost guaranteed to scare away any potential heavy tippers. Rookies should make sure they learn technique and ask managers how to change kegs if there is any uncertainty. 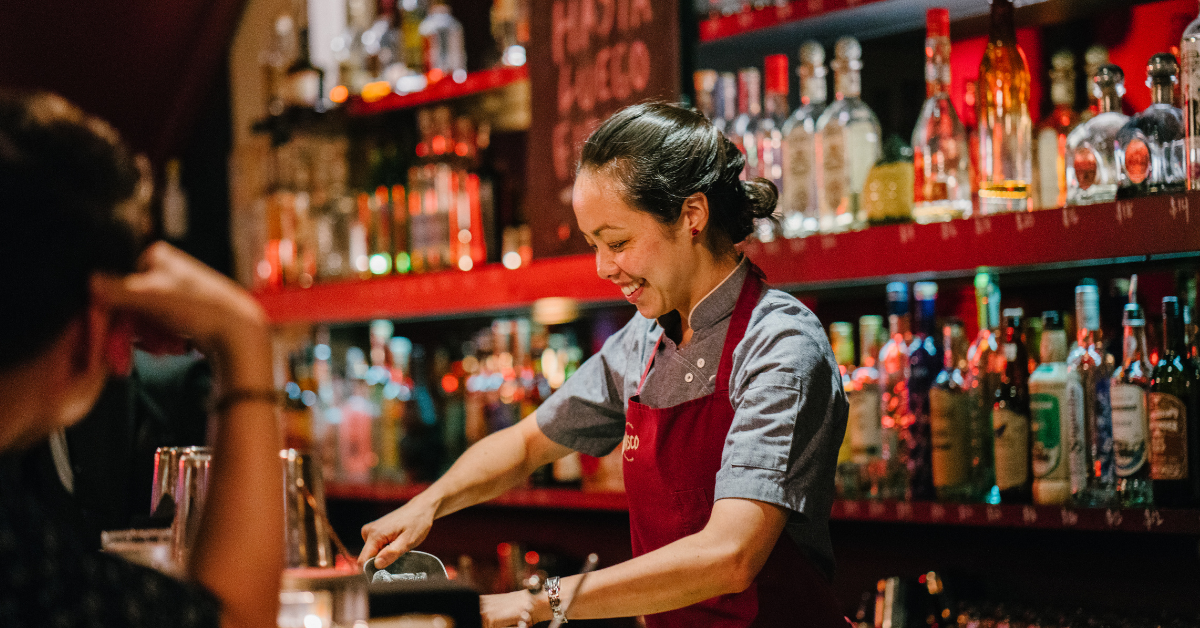 Not Knowing How to Take the Heat

Bartenders are like celebrities. They have what everyone wants, they are being constantly watched as they perform their duties, and are often lusted after (particularly after patrons have had a few) in the workplace. The attention can be unnerving, especially for a rookie. The bar isn’t exactly the most PC workplace one can find themselves in, so it is imperative that a bartender learns how to de-escalate, handle unwanted attention, and know when it is time to stop pouring for an over-inebriated guest. This might be a nebulous skill, and one that some folks have, and some don’t. Rookie bartenders should do their best to cultivate a thick skin and fine-tune their instincts to handle the potential conflicts and awkward conversations that can arise when a crowd of people is imbibing in a packed bar.

Every bartender must ensure they are only pouring for people that are of legal drinking age, and that they can cut off patrons that have had too much to drink. Rookies will forget these all-important responsibilities when they are slammed in the middle of a shift, but the consequences of serving haphazardly are all too serious: the establishment could lose its liquor license, or worse, a person could become so inebriated that they place their health in danger. Rookie or a seasoned pro, every bartender should wield the bottle with a heavy sense of duty to the well-being of their paying customers.

10 Most Profitable Bar Drinks to Increase Your Profit Margin

A Bar Manager's Guide to Choosing the Right Glassware

How would you react if you ordered a glass of wine at your favorite bar and it was served in a mason jar? While some peo...

8 Benefits of Going Cashless at Your Bar or Restaurant

Even before COVID-19, many bars were beginning to consider going cashless. The laundry list of benefits combined with th...

Liquor pricing can be a rather tricky and fickle process. You want to set drink prices that won't drive away your custom...