The Histories of Whiskey Around the World

Whiskey has earned its place on the global stage as one of the most iconic beverages history has to offer. From humble beginnings, it now stands as a giant in the world of liquor, as whiskey offers a range of both top-shelf tastes and more accessible bottles. This island-originating grain-based liquor has spread across the globe since its inception, emerging from each new reinvention with a totally unique and utterly delicious profile.

So let’s dive a little deeper into this rich historical cask and take a look at what makes whiskey the international beverage for the ages.

The Birth of Whiskey

The concept of whiskey as it exists today is around 1000 years old, but to really get into whiskey’s storied history we have to back up a little further. 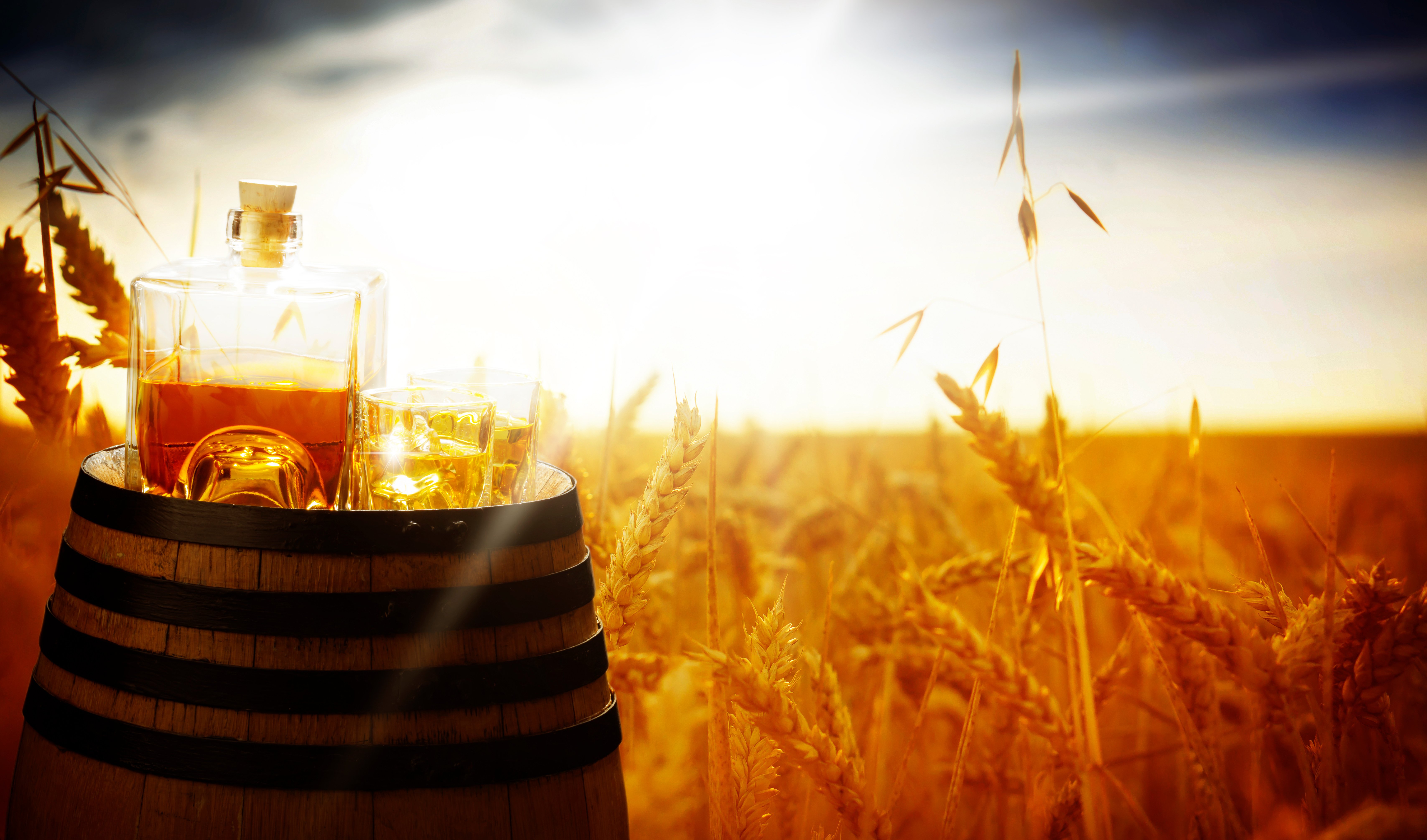 Fermented beverages were birthed between 7000 - 6600 BCE in the Yellow River Valley in China. Chemical analysis of clay pots found in the area revealed an alcoholic mixture of rice, honey and hawthorn berries. Half a century later, the first vintners of the Middle East began making grape wine, and Egyptians started to brew early versions of beer using scraps of yeasted bread. And so the pastime of alcohol came into the world.

Distillation, a critical process in whiskey production, came a little later around 2000 BCE in Mesopotamia, however was used almost exclusively at first to craft perfumes. Distillation later gained popularity as a means to convert salt water into drinking water, then as a method for creating potent medicines.

Whiskey itself was first made between the years 1000 and 1200, following the invention of distillation equipment which was capable of producing early versions of the spirits we know and love. Grappa, a potent distilled wine, was one of the first drinks to emerge from this process.

Distillation then made its way from mainland Europe to Scotland and Ireland in the hands of monks. The cooler climates in these regions did not support the growing of grapes, so Grappa and beverages like it were not accessible when these men of the church made it home. Grain, however, they had in abundance, and finally managed to create whiskey from the fermented mash of barley, rye or wheat. When whiskey eventually came to the Americas, corn was introduced as another base for the ultimate beverage.

The word “whiskey” was coined around the year 1405 in a story describing the death of someone who overdosed on the substance. It’s actually an anglicization of the Gaelic word for water, uisce (wish-keh), as distilled spirits were often referred to as “aqua de vitae” or water of life, by their makers.

The Production Values of Whiskey

The making of whiskey is a multi-step process that involves fermentation, distillation and aging to support the generation of a range of flavors, textures and colors that are quintessentially whiskey.

The first step is the making of the mash. Corn, wheat, rye and barley are combined in varying proportions — or processed individually — to bring out the unique notes offered by each grain to the final product. These grains must be ground up, then placed in hot water and mixed to extract the sugars required for optimum fermentation.

In the case of malt whiskeys, this point in the process is preceded by the “malting” phase, where the grain is covered in water and allowed to sprout before being mashed.

Next, yeast is introduced to the mash and the mixture is fermented for 2 to 4 days depending on the whiskey being produced. At the end of fermentation, the resulting concoction will have the same ABV as a medium-strong beer.

Now it’s time to distill. The mash is placed into one side of the still and heated. The alcohol, which evaporates at a lower temperature than water, separates and flows down a tube into a secondary catchment system. Different distillation methods and still styles are employed to support different beverage styles, but are almost always copper which helps to remove sulfur compounds from the product. Typically, this process is performed twice to ensure a strong and delicious end drink. 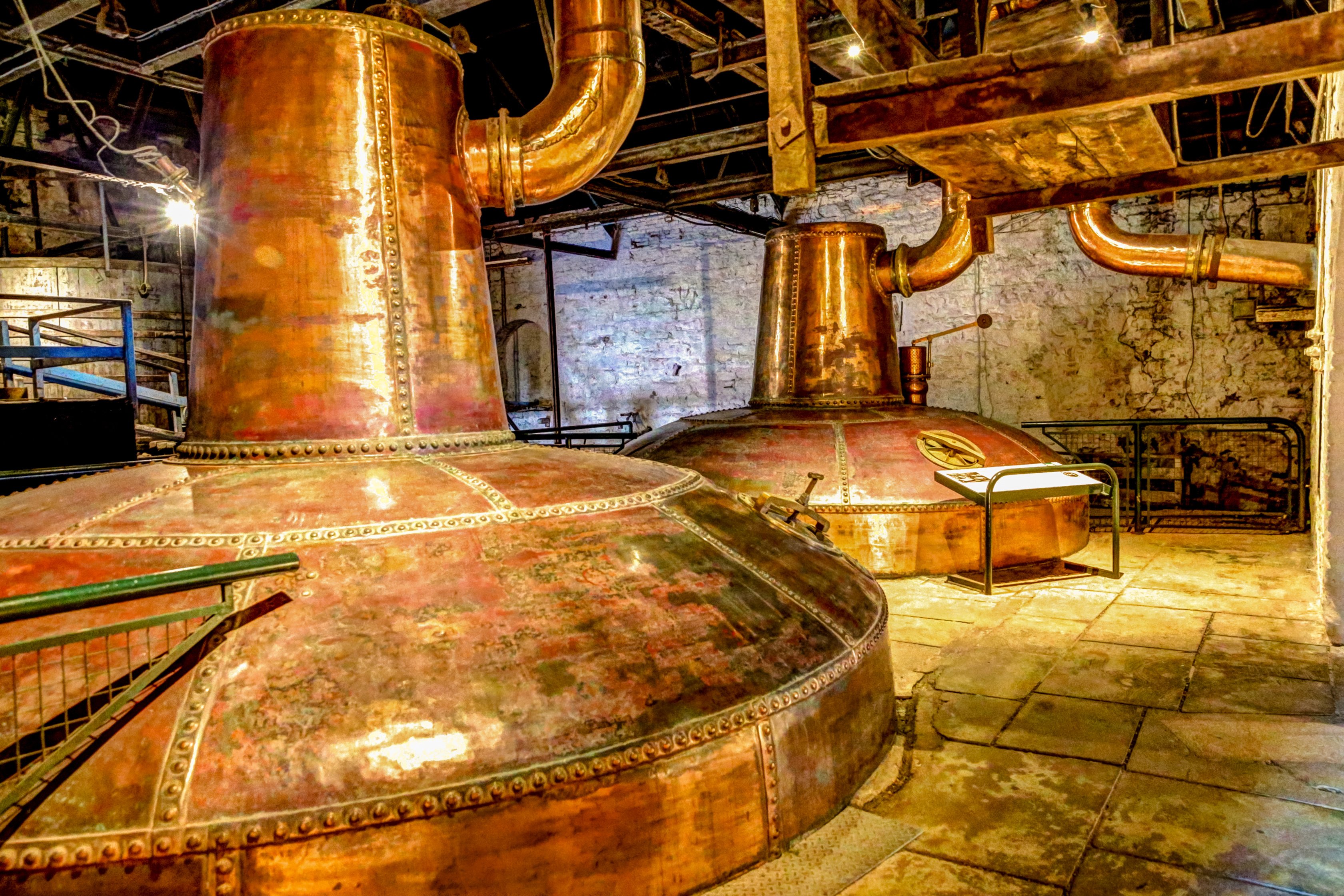 The young whiskey is then placed in a cask — most commonly made of French or American oak wood — to mature and deepen its flavors. These may be fine tuned with the introduction of different woods, or by using barrels previously included in the making of another kind of alcohol altogether.

Then it’s on to your glass for a hearty and well-deserved swig.

The Growth and Distinction of Whiskey Varieties

Different regional whiskey-making practices employ a variety of grains, additives and equipment which contribute to the overall flavor and terroir of the beverage.

Scotch Whiskey may be distilled between 2 and 20 times to create a strong drink that will keep you warm while playing a round of golf on a highland moor. To legally be considered Scotch, it must be made in Scotland and aged a minimum for 3 years in oak barrels. Regional practices define more specific rules for what can and cannot be considered Scotch.

Bourbon Whiskey is another region-specific beverage hailing from Bourbon County, Kentucky. It is always made with a minimum of 51% corn mash and aged in charred oak barrels. The result is a smoky drink that calls to mind gritty saloons and other quintessential vintage Americana.

Canadian Whisky leans hard into rye as the grain of choice for producing this iconic spirit of the north. Canadian Whiskey and Canadian Rye are legally indistinguishable, so long as they follow the rules applied to their production: must be made on Canadian soil, must be aged in maximum 700L wood barrels and for no fewer than 3 years. Canadian distillers sometimes introduce caramel into their casks to add an extra bit of saccharine flavor to the drink.

French Whiskey is next to wine in the top alcoholic loves of this country. The French are purported to be the top consumers of scotch worldwide, so their 40 national whiskey producers come as little surprise. Regions famous for winemaking, including Champagne, have an equally vibrant practice for making malted beverages. A uniquely French product, buckwheat whiskey is produced by a niche distillery in Brittany.

Irish Whisky is arguably the oldest whiskey, and the tiny island nation boasts a wide range of available products in which the global population continues to eagerly invest. Irish Whiskeys are most typically made from peated malt—sprouted barley or other grains dried using peat moss fires—which contribute to its unique flavor profile. Irish whiskeys are usually distilled 3 times, with the exception of those produced by the Cooley Distillery in County Louth, which prefers a double distillation method.

Japanese Whisky has received a plethora of accolades and awards since making its way onto the world stage. A high-quality drink, it is made with kiln-dried malted barley with a minimal introduction of peat to drive flavor.

Many other countries have adopted their own whiskey making practices and continue to grace the world with a terroir exclusive to their practice. The only way to find out what whiskey you like is to explore and try them all.