Independence Day marks the adoption of the Declaration of Independence, signed by the nation’s founding fathers 246 years ago. Since then, Americans have proudly celebrated the country’s founding in a litany of ways. In recent times, Fourth of July celebrations have come to be known for extravagant fireworks displays, backyard cookouts and time well-spent with family and friends. In celebratory fashion, imbibing on the holiday has also become a tradition of its own. In 2021, beer and hard seltzer sales on Provi jumped 3.06%, spirits 4.4% and wine 2.78%, during the two weeks leading up to the holiday, suggesting healthy consumer demand for booze.

This means on- and off-premise buyers anticipate this hike in demand across all categories, particularly in beer and spirit sales. For many Americans, cocktails will be the celebratory drink of choice over the holiday, opting to batch cocktails at home or visit their local watering hole for a refreshing reprieve from the July heat. For bars and restaurants, this offers a chance to promote cocktails that match the holiday best or offer respite against the early-July heat. For wine and spirits shops, this is an opportunity to showcase spirits that are in high demand for home-cocktail enthusiasts. Here are five cocktails to serve up this Fourth of July.

Nothing says celebrating our nation’s founding more than whipping up a large bowl of Chatham Artillery Punch. This lethal combination of brandy, rum, whiskey and champagne could serve an army. In fact, that’s exactly what it did. This 18th-century concoction was delved out to Savannah, Georgia’s once militia, the Chatham Artillery, upon their return from a drill in Macon, Georgia in 1850. However, its true origins are said to stem back further. It was allegedly served to none other than founding father, George Washington himself when he visited Savannah in 1791 to deliver two cannons to the regiment. After a long night at the hand of southern hospitality, the punch ultimately was said to have produced such an awful hangover that Washington vowed to never return to the southern port city.

From Punch: The Delights (and Dangers) of the Flowing Bowl by David Wondrich. 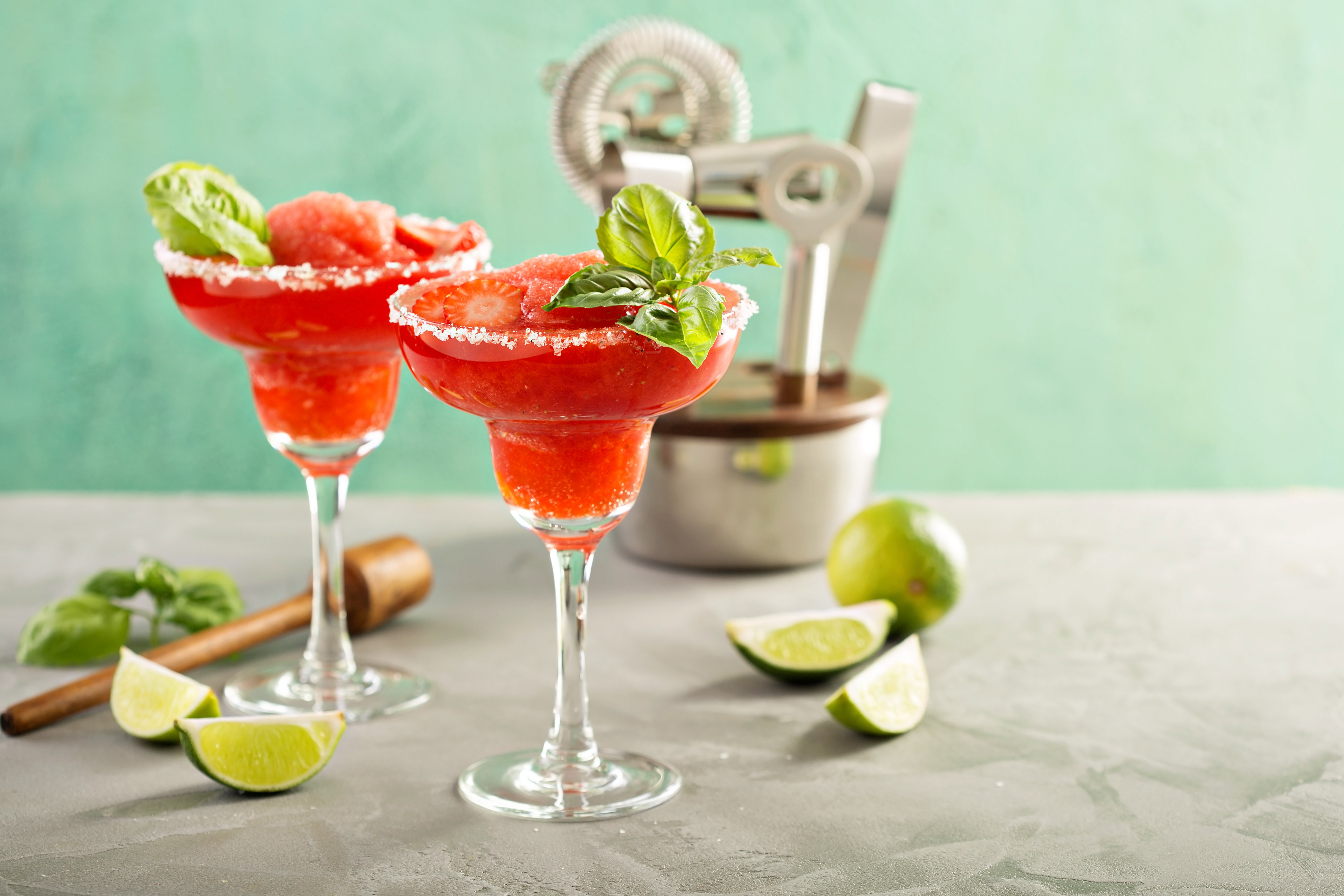 While this cocktail doesn’t involve past presidents or early-American militias, the Margarita has captivated bar patrons since the 1930s. Its origin is speculative. Depending on who you ask, it either involves a theatrical showgirl, a Texas socialite, or the golden-age actress Rita Hayworth, whose real name is Margarita Casino. But according to cocktail historian, David Wondrich, the Margarita has a more humble origin story. It likely evolved from the classic Tequila Daisy—a mix of tequila, orange liqueur, lime juice and a splash of soda. Eventually, it became a Margarita—likely due to the fact that “margarita” means “daisy” in Spanish. As blenders became popular in the 1950s, so did a frozen version of the Margarita. Today, it’s a summertime staple at bars and restaurants as much as it is at home. Mix it up with some fresh strawberries for added flavor and flair this Fourth of July.
This recipe makes one cocktail. Easily scale it by the number of guests you’re hosting.

Mojito by the Pitcher 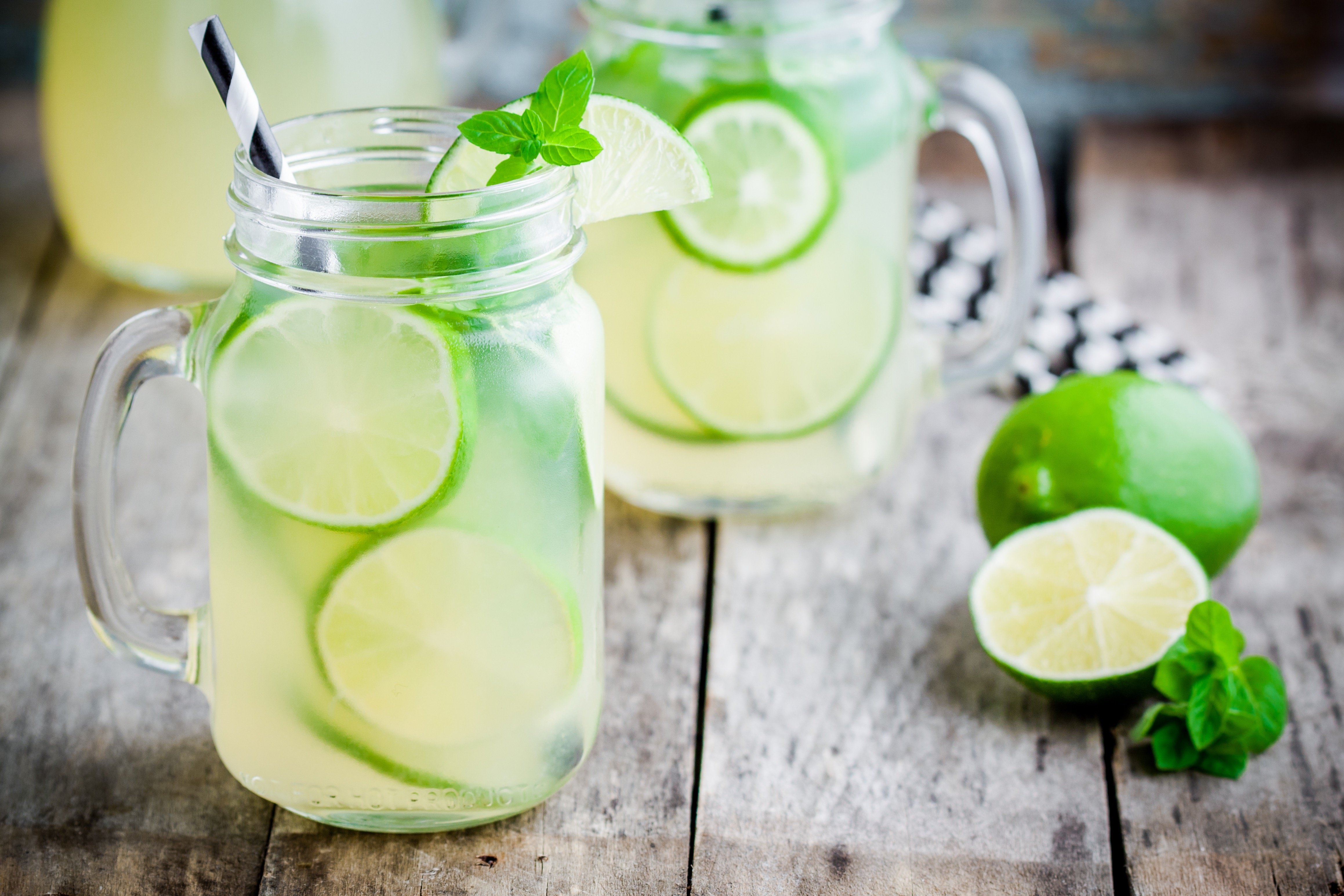 Like many cocktails, the Mojito’s exact origin is lost in history, but several stories claim fame for this legendary blend of rum, mint, lime juice and soda water. From “Aguardiente de Cana” or “firewater of the cane” to La Bodeguita del Medio in Havana, Cuba where Hemingway famously was a regular, to the 1500s with Sir Francis Drake, whose crew suffered from dysentery and scurvy and benefited from a local concoction of Aguardiente de Cana, mint leaves and the juice from sugar cane and limes. Ultimately, the cocktail would gain popularity through the decades, culminating in widespread adoption at the turn of the new millennium. This Fourth of July, celebrate and enjoy with friends and family with a pitcher of batched Mojito. 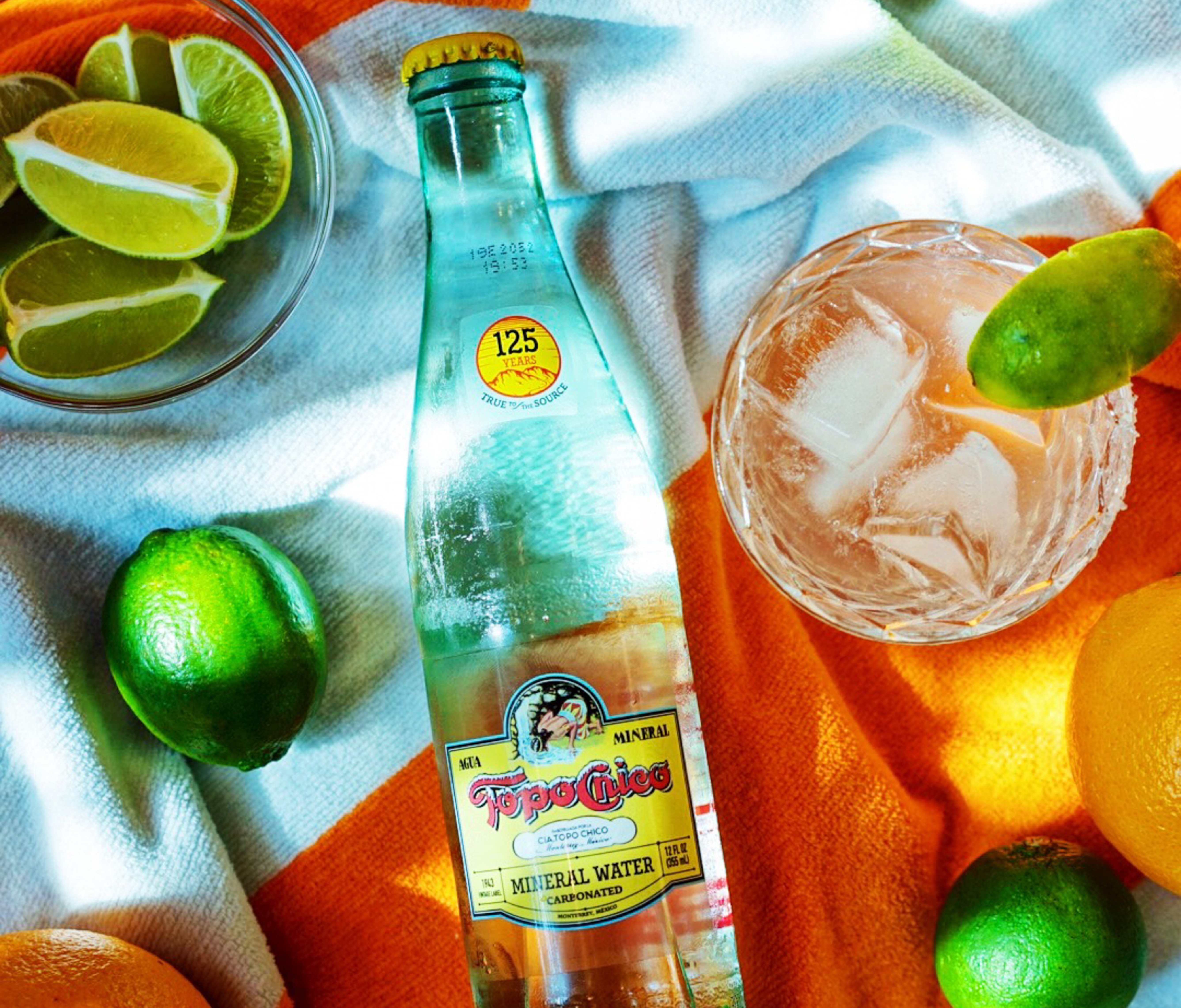 What better way to beat the Fourth of July heat than with this Texas Rancher staple. You may have recently heard about this easy-to-make cocktail—its popularity has soared in recent years, especially with the explosive rise of Ready-to-drink (RTD) cocktails. This simple recipe involves tequila, lime juice and the hyper-effervescent sparkling mineral water, Topo Chico. Feel free to make this cocktail in a glass, but you’d be doing the original version a disservice. The most efficient way to make this cocktail is to simply drink just enough water from the Topo Chico bottle to make room for a shot of tequila and a squeeze of lime. We suggest switching gears and swapping tequila with mezcal, particularly with Madre Mezcal whose RTD “Desert Water” is equally delicious and refreshing.

Ah, Frosé. What’s not to love about this delectable frozen cocktail? Take one of summer’s delights, rosé wine, and mix it with a little bit of sugar, strawberries and fresh lemon juice and blend with ice to produce an infectiously delicious Fourth of July cocktail. Its low-ABV nature makes for a sessionable drink that lasts you through the long July afternoon. However, add a touch of octane with flavored citrus vodka or even gin. It makes for a great addition to a bar or restaurant menu, but this cocktail is equally easy to make at home for friends and family over the Fourth of July weekend.

Memorial Day weekend marks the unofficial start to summer. As the days get longer and hotter we collectively look forwar...

Our collective love affair with wine goes back millennia, spanning countless eras and past civilizations. Many nations t...