Why Organic Beer Should Be On Your Radar

Remember the great corn syrup battle of Superbowl 2019? When two of the largest beer manufacturers battled over their ingredients? The argument was over the use of corn syrup in popular domestic beer. The battle was aptly dubbed “Corngate.”

Around the same time, Bud Light included nutritional facts on their packaging—making it the first American beer to display its ingredients. Why did it take so long to do this?

A quick google search for corn syrup yields about 142,000,000 results, furthering the point that more people are curious about it now than they ever were. Arguably, Corngate opened up the discussion of what the heck is in the beer we’re drinking. Which brings us to the topic of organic beer. 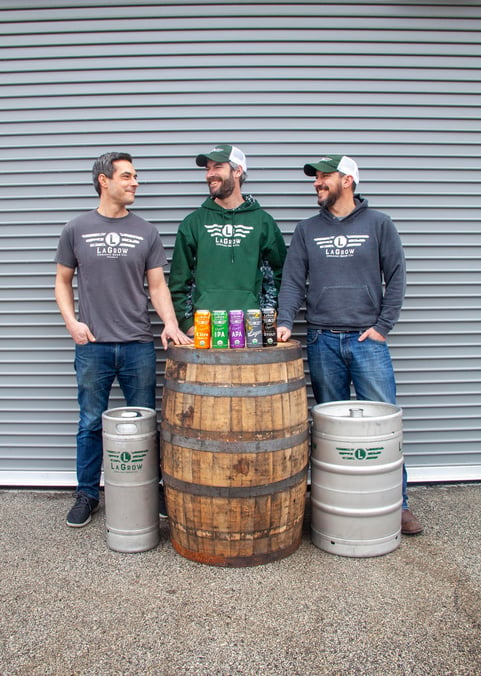 “Nobody knows what IPA means anymore, until they drink ours,” says Jamie LaGrow, of LaGrow Organic Beer Co.

It’s a cold, rainy afternoon in January. I’m sitting in a booth in the West Loop at the Whole Foods Market Red Star Bar with him and his two brothers, Jack and Sam. Also at the table—the “adopted brother” of the LaGrow fam, Jim Javenkoski.

“If I’m not mistaken, this Whole Foods is still the record-holder for the largest one-time case order,” Jim says, with a wry wink.

“36 cases,” Jamie chimes in. (Jim ordered them while he worked there as a Beer Buyer prior to joining the brewery as its first employee in late 2018.)

Together, the three brothers and Jim run the gamut, each of them wearing many hats to get the job done. Brewmaster, marketer, salesman, distributor—they make it look easy. But easy it is not.

“We like to call it ‘from seed-to-suds’,” says Jim with a laugh. He’s animated as he speaks, matching the exact same enthusiasm and passion for organic beer as each of the LaGrow brothers. 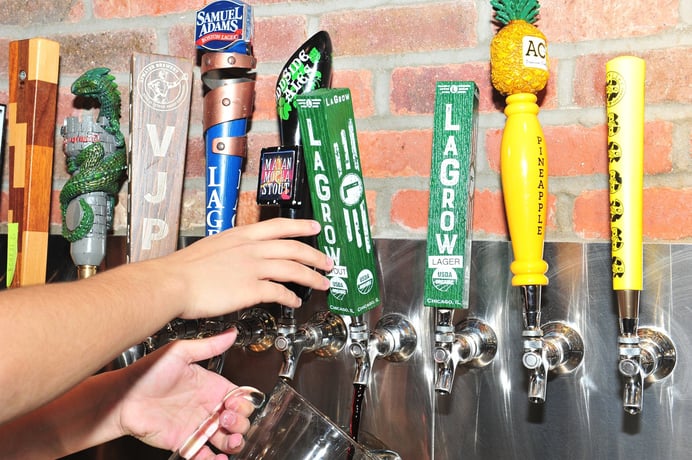 What is Organic Beer, Anyway?

By definition, organic beer is made using hops and barley that are grown without pesticides or chemical fertilizers. The LaGrow brothers take it a step further by working with the USDA to certify every single step of the brewing process makes them 100% organic. Hence, from seed-to-suds, this commitment to quality is a true testament to the brewery’s tagline of ‘Bold, honest, uncompromised.’

“Bold really speaks to our flavor, people don’t know what to expect when they drink an organic beer,” says Jamie. As for honest and uncompromised? Each of the brothers agree it comes down to the ingredients. “The flavor profiles come from the very little that we put in our beer. There’s not that many ingredients in it, and there shouldn't be.”

The brother’s biggest challenge? Sourcing ingredients. When it comes to brewing truly organic beer, there isn’t the same breadth of variety in hops as there are for conventional beer (anything that isn’t organic). In fact, many popular beers have varying levels of pesticides that technically are not considered dangerous. But hey, that malted milkshake IPA wouldn’t be a malted milkshake IPA without the 4-hydroxy-5-methyl-3(2h)furanone.

“Conventional brewing recipes have so many other options,” says Sam. “The newest and best hops—those are all going to be for conventional beer only. We’re trying to change that.”

“In a world where truth and authenticity is under daily assault in every facet of our culture, there’s a pleasant and unexpected dividend to cracking open one of our beers and receiving something that is truly uncompromised, honest and sincere.”

The LaGrow brothers aim to push the envelope for organic— not just for themselves, but for everyone. According to the American Organic Hop Grower Association (AOHGA), farming organic hops can improve soil fertility, enhance biodiversity, and reduce the negative impact of harmful chemicals.

And what's better than drinking a beer that helps the environment?

As consumers become progressively more health-conscious and bars and restaurants become more sustainability-focused, LaGrow Organic’s brand just makes sense. Which is precisely why it translates into everything from that corner, hole-in-the-wall bar to a trendy upscale eatery.

“In a world where truth and authenticity is under daily assault in every facet of our culture, there’s a pleasant and unexpected dividend to cracking open one of our beers and receiving something that is truly uncompromised, honest and sincere.”

Autumn is upon us, meaning that people will be shifting their flavor palates to something with a little spice and a lot ...

Get Creative with TRULY Hard Seltzer

Everyone loves hard seltzer. It’s no secret. All summer long, people have been poppin' open cans of the stuff— and for g...